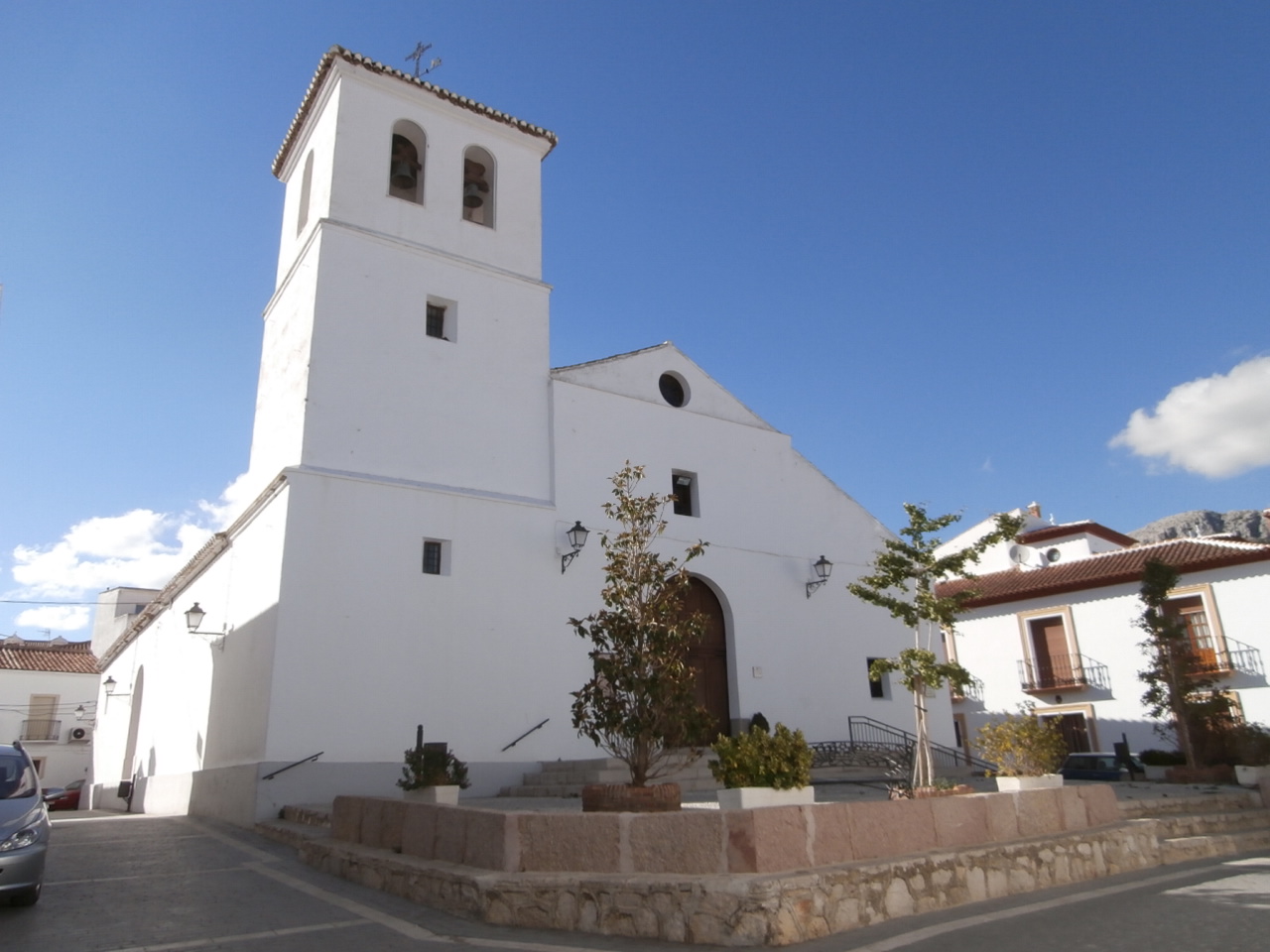 Alfarnate is one of the villages on the Route of Oil and Mountains and can be found in the far northwest of the Axarquia at a height of 925 metres and although as villages go its almost completely flat its surrounded by the rugged mountains of Jobo, Palomera and Enmedio which tower majestically above the green valley filled with olive and cherry trees. Dominating the landscape are craggy grey rocks dotted with scattered trees perilously clinging between mosses and ferns. Mighty oaks and pines vie for attention below the hills of Puerto de los Alhazores and Puerto del Sol, natural steps that connect this area with its surroundings.

Overlooked by the Cerro del Santo Cristo mountain, where outdoor mass is sometimes held at the sanctuary on top, the village is unique in its layout with three bridges straddling the Palancar stream. On one side is the Ermita de la Virgen de Monsalud, located in the upper quarter, a sixteenth century building with 3 arches mimicking the bridges and on the other side the Iglesia de Santa Ana, a 16th century building with a graceful Mudejar tower and oak beams supporting its natural wood ceiling. The Ayuntamiento was also built in the 16th century with its ubiquitous 3 arches dominating its facade.Before leaving the area be sure to stop for a repast at La Antigua Venta de Alfarnate, a fully restored 17th century inn, steeped in history, situated at the cross roads 2 km from the village. As you are led behind the bar to be seated in the restaurant you can take a photo of the famous bandolero Luis Candelas in his prison cell, sitting with his head on his hand he seems to be reflecting on his misspent youth which ended on November 6th 1837 when he was garroted at the age of 33.

To drive to Alfarnate turn off the Colmenar to Velez-Malaga road (A356) at the Riogordo to Periana junction and drive in the direction of Periana (A7204), turn left for Alfarnatejo and continue up to Alfarnate (MA4102). The nicest way to return is towards Periana (MA4103) where the road winds its way down with spectacular views of the mountains, lake and distant coast.