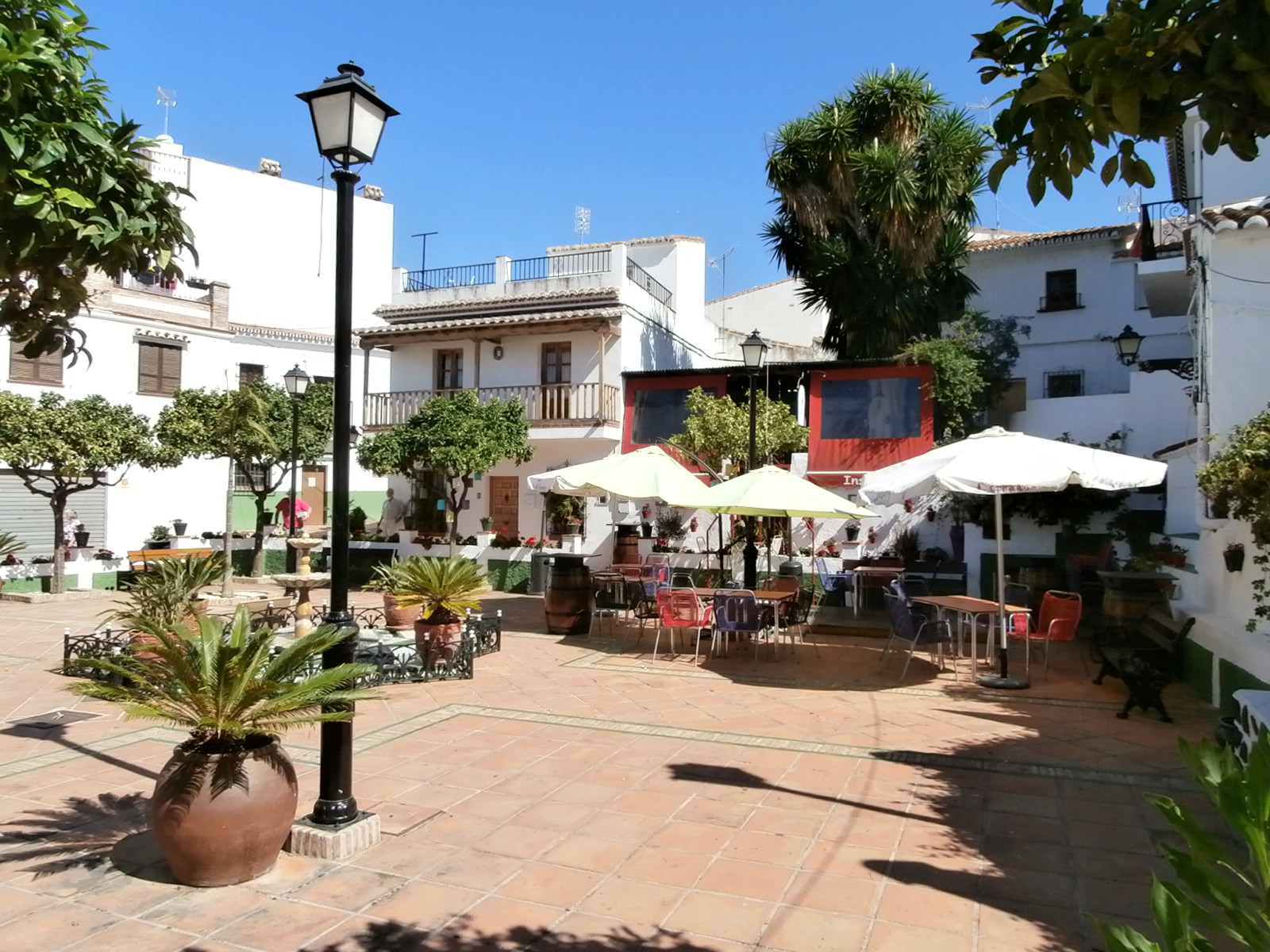 Benagalbon is just along the coast from Rincon de la Victoria and inland 2 km on the road leading to Moclinejo and Almáchar. It is only 12 km from Málaga and very close to the 18 hole Añoreta golf course. Rufo Festo Avieno, the 4th century geographer, described the area as the home of the temple to the goddess Noctiluca, or Moon Temple and further towards the coast, from the same period, can be found remains of a Roman Villa in Torre de Benagalbon. The Romans also built a fortress on El Castillon hill in Rincon de la Victoria which was used by the Muslims until the catholic monarchs captured it. The final expulsion of the Muslims in 1570 and the frequent attacks from the sea by the Berber pirates left this area practically uninhabited in the 16th century and the few who decided to remain settled around the old Benagalbon Farm thus founding the village. The name derives from the Arabic Bena Galb-un which means The Tribe of Galb-un . From being almost uninhabited until the late 19th century this area became the most important population centre. The look out tower at Torre del Benagalbon is still in quite good condition and was part of the defensive system provided in the late middle and early modern ages to give warning of the numerous invasions from the sea.

Modern day Benagalbon hosts its annual Fiesta and contest of Pandas de Verdiales during September with various bands playing different music in the same square! Once the prize has been won they bands go off to different locations and continue playing, so you can follow your favourite and enjoy the music ´til the wee small hours!