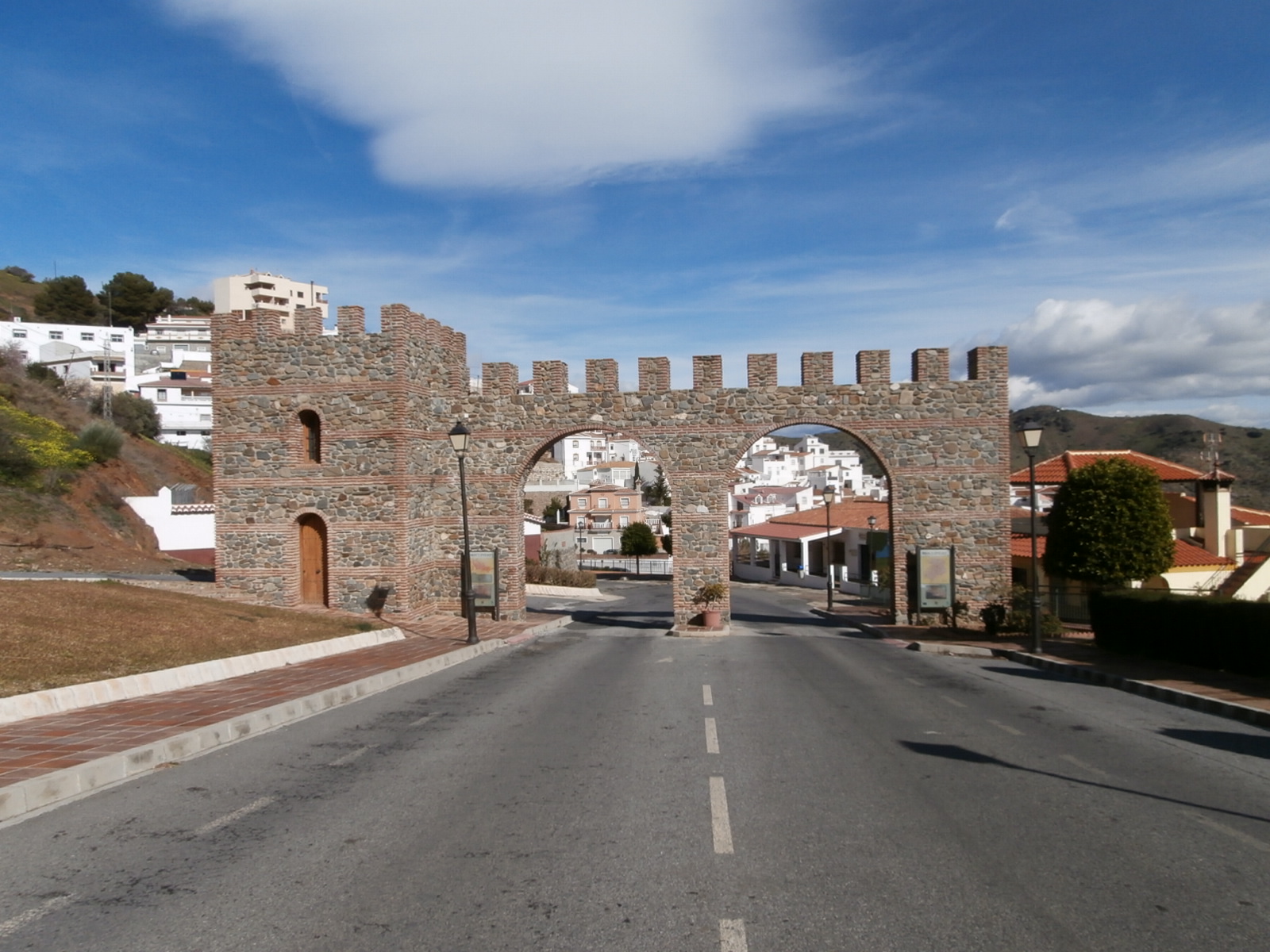 Moclinejo can be approached either up the hill from Benagalbón, or down the hill from Almáchar. Either way will take you about 10 min in the car and the drive back down towards the motorway although winding it is worth the effort for the spectacular views of the coast. Fittingly, the hills are usually a lovely shade of green as the vines fan out to produce the grapes that make this area part of the Raisin Route of the Axarquía.

The village was most probably built by the Moors as there is no evidence of it having existed before their arrival. It is documented that in 1482 they attacked the Christian troops of the captain general of Antequera, Don Pedro Enríquez, who on finding the village apparently deserted, set fire to it. The Muslims who were hiding in the castle on seeing what was happening threw rocks and tree trunks at the Christians killing many of them. The ravine in the area is known to this day as Hoya de los Muertos or Pit of the Dead.

The Moclinejo of today is entered by driving through a very impressive stone wall with arches and a small fairytale tower. As you drive further down the hill you come to a parking area and a children's playground. If you keep on driving , the streets are narrower and narrower. Best to park and set out on foot. During summertime, the square Plaza de España is covered by an awning to bring much needed shade to this large open area, but on a winter evening with the sun already gone down behind the mountain no such protection was needed and only few sit bravely outside enjoying a beer, the rest would keep warm and snug inside the bar.

Earlier on in the year during September the village celebrates its Fiesta of Wine and Folklore which honours the farmers who have cultivated the grapes on the surrounding hills for centuries. You can sample the many local culinary delights such as the Muscatel grapes themselves or raisins, ajo blanco (the cold garlic and almond soup) and paella which is served at lunchtime.

To drive back down to the motorway, you go past the entrance to the hamlet of El Valdes, a mini Moclinejo also worth a visit if only to see the amazing Casa Museo Axarquía, a fabulously decorated building sitting resplendent in the heart of this white-washed village, a testament to its owner Antonio Montañez who reformed this impressive 300 m2 property, spread over 5 floors, in just one year. Known as the Axarquía Gaudi it begs to be seen so please visit it in Calle Ermita, El Valdes. It is currently open to the public on the first Saturday of each month at 10:00 am until 2:00 pm.

Plot with the possibility of building 27 houses. Views to the sea