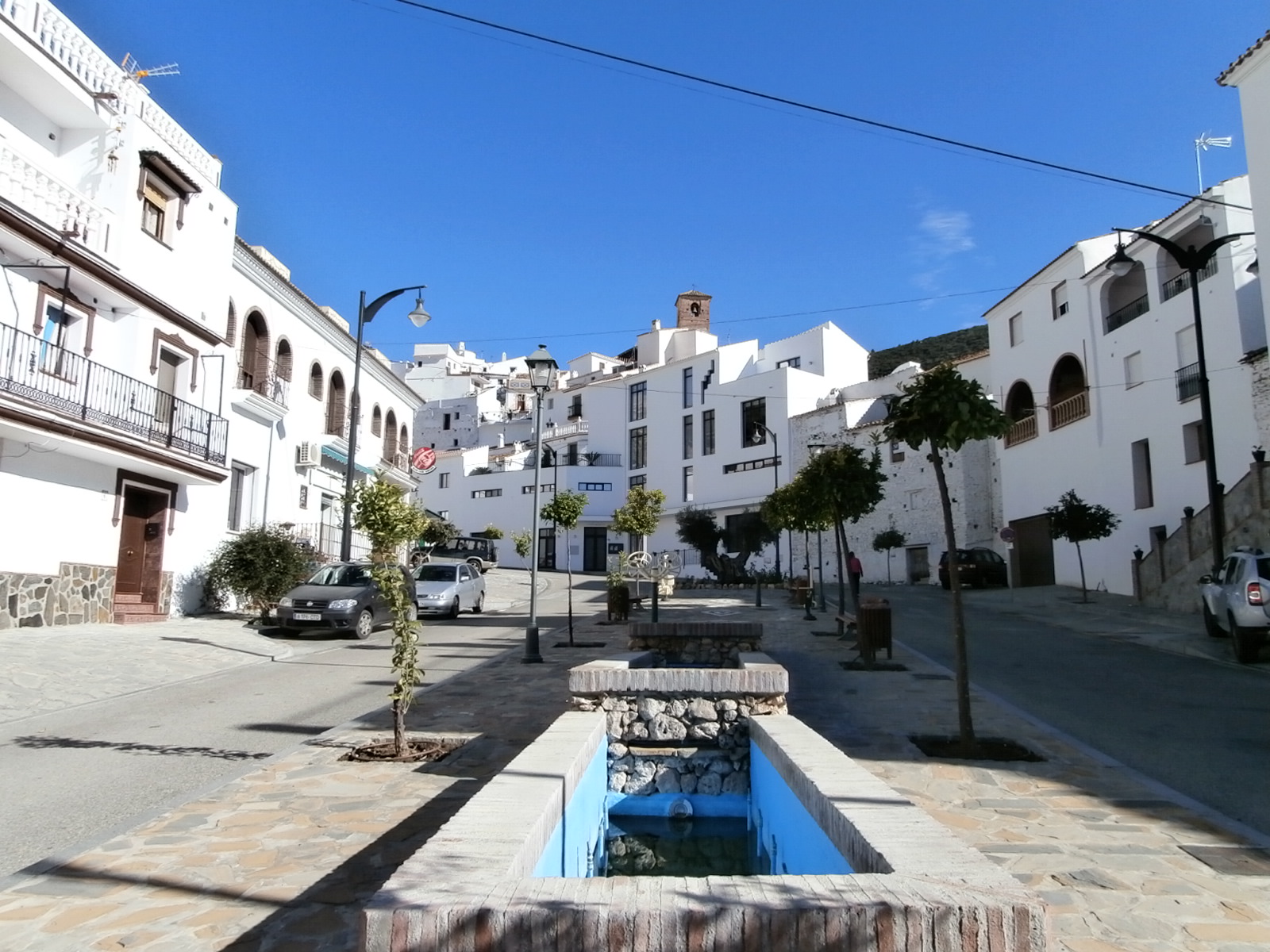 Salares is situated on the very edge of the Tejeda National Park at 579 m above sea level. This white gem of a village is steeped in history and was inhabited by the Phoenicians, Greeks and Carthaginians. Known as Salaria Bastitanorum by the Romans (due to the salt beds that were once situated close by) the urban design of this tiny village has changed little since Muslim times.

Built on a hill and constructed with short, steep streets, there is not really a main square as such and you need to be fit to live there, but you can stretch your limbs by using the free outdoor gymnasium equipment before climbing up to the Parish Church of Santa Ana, built in Mudejar style on the site of an ancient mosque. It is quite remarkable, and well worth the climb. The tower minaret from the former mosque was built of red brick sometime between the 13th and 14th century and was used when the church was constructed in the 16th century. This minaret was designated a National Historic and Artistic Monument in 1979 and is considered to be one of the best examples in Spain of Almohade art. The Romans occupation of the village has mainly gone unnoticed, apart from the bridge, as Arab rule left its notable mark in the layout of the village as well as the fortress under which the village was built.