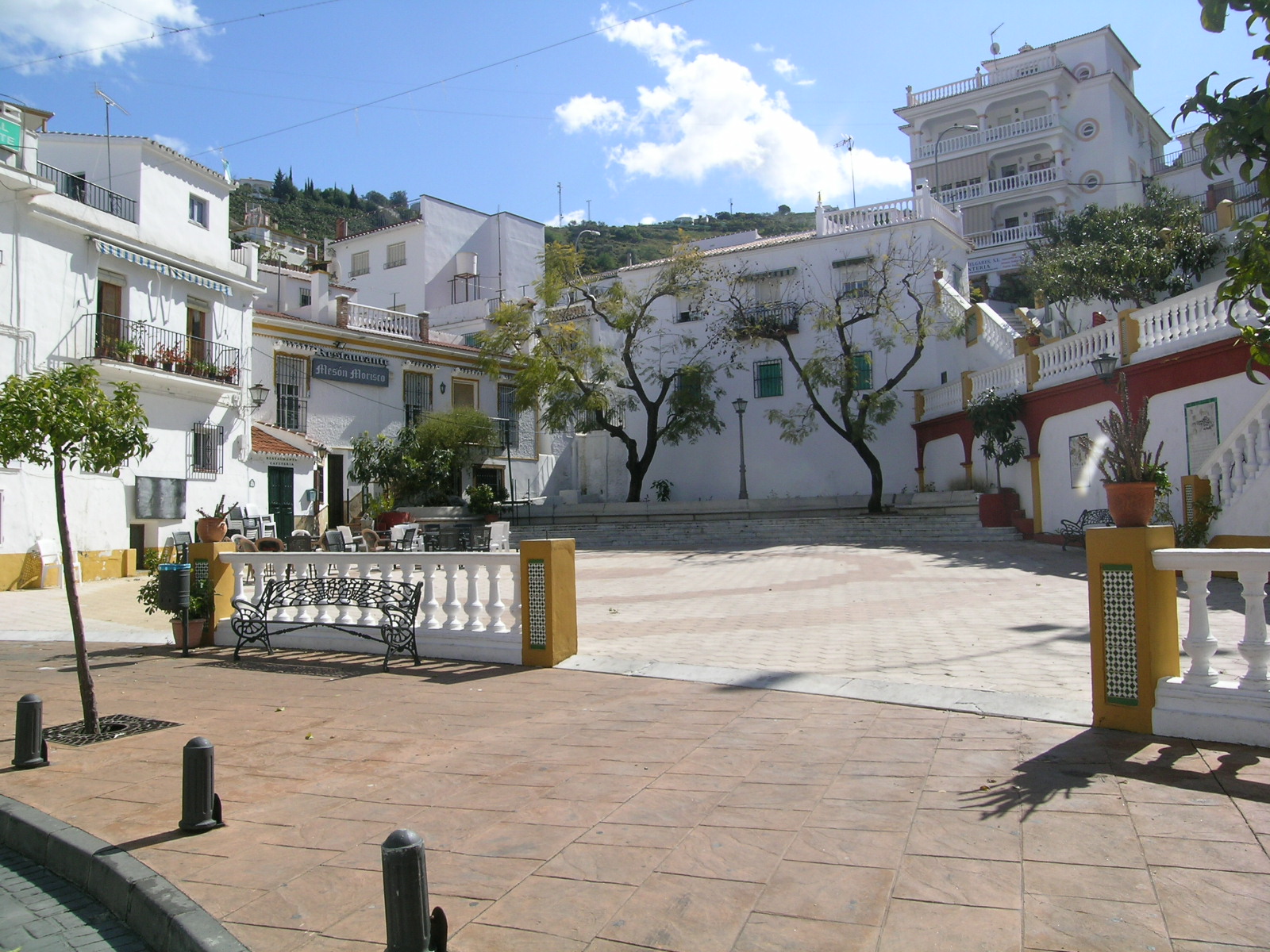 Sayalonga has stayed pretty much as it was during Arab rule with the Mudejarstyle Church of Santa Catalina, which was built in the XVI Century on the site of an old mosque and the 90,000 l water tank El Ventorillo del Aljibe. One of the most important Arabic poets Mohamed Al-Hasmi, who wrote a poem about Mecca, was born at the Arab settlement, Batahiz, the ruins of which can still be seen beside this water tank.

Other places of interest in this village that has been twinned with Piaggine in Italy are the Ermita of San Cayetano situated next to the church. There is a statue of the saint inside the Ermita which is thought to have been built around XVII. However, Sayalonga's real claim to fame is the circular cemetery, possibly the only one of its kind in Spain. Apparently it has more than 3,000 visitors ayear making it one of the most visited architectural monuments in the Axarquía. A good place to take a photograph of the cemetery is from the Mirador, on the road leading down the hill at the beginning of the village, you cannot miss it as you drive down from the direction of Cómpeta.

Another fame to claim in Sayalonga is the street of La Alcuza which is the narrowest to be found in the Axarquía at only 55 cm at its closest point. It is situated near the Plaza de la Constitution by the tourist office and church. The village is quite small, so you won't get lost.

Before you leave, visit the Fountain of Cid. It provided the main supply of water to the Arabs and was named for El Cid Campeador (real name Rodrigo Díaz de Vivar) a Castilian nobleman, military leader and diplomat who conquered and governed the city of Valencia, but not before having drunk of the water in Sayalonga.

The village is situated just 9 km up the hill from Algarrobo Costa, 41 km east of Málaga, it is on the Axarquía route of Sun and Wine. A good day to visit if you like the sweet and sour Nispero (the paradise fruit of the Axarquía) is the first Sunday of May when the fruit is harvested and a good time is had by all. Another festival is on 7th of October when the Patron Saint of Sayalonga, La Señora del Rosario, is given thanks for the year's harvest. Whenever you visit the village you will be given a warm welcome by the locals and there are plenty of bars and restaurants where you enjoy the village atmosphere.

Detached Villa for sale in Sayalonga

Townhouse for sale in Sayalonga

Townhouse in the centre of Sayalonga.