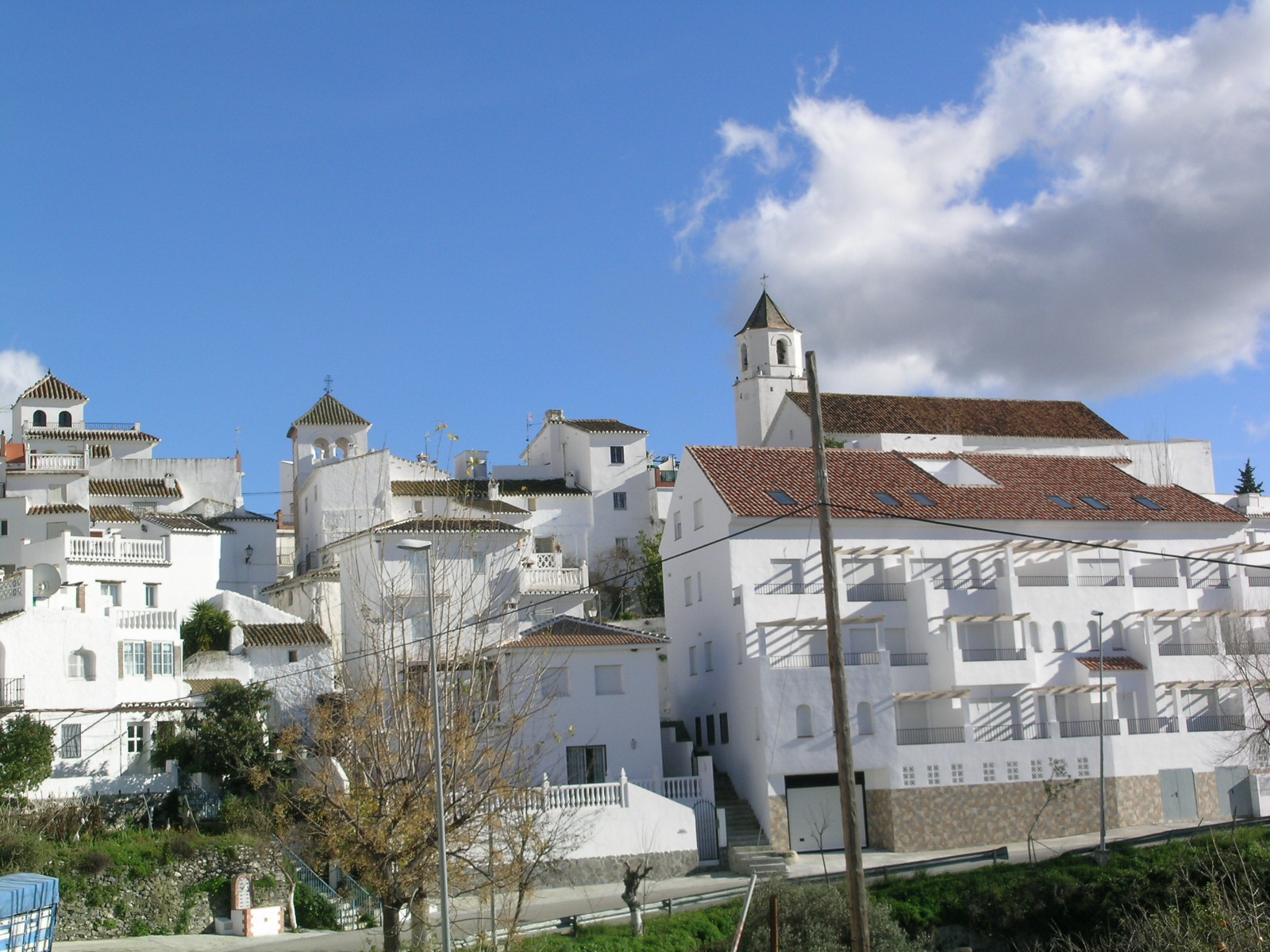 At 689 m above sea level, we discover Sedella, so named, according to the town hall website, because Queen Isabella when told of the fight between Christians and Muslims at an area known as Arroyo de la Matanza said, Sé de ella (I know about it).

At such an altitude you can be sure of magnificent views and in fact, on clear days you can even see the Atlas Mountains. Closer to home are the mountains of Bentomiz and the Sierra Tejeda.

To get to Sedella, the best route by car is either via Canillas de Aceituno or from the motorway turn off at Algarrobo and drive inland past Sayalonga, turn left for Archez, drive over the bridge and then turn right following signs for Salares and Sedella. One of the first places of interest is the public laundry or wash housesituated between three green trimmed arches, which before the invention of washing machines was in constant use by the towns' women. Onwards and upwards to the main square and the most unique building in town, the Casa del Torreón. It was built in the 16th century in the Mudéjar style over a quadrangular floor plan. The tower has twin arches on Renaissance columns with a beam supported hip roof. Majestically sitting at highest point in the village up a flight of 12 steps is the church of San Andrés with its square two-part tower and octagonal belfry, the only vestige of the original 16th century building. If the climb up has made you thirsty you can visit a bar just below the church.

Sedella borders with the municipalities of Canillas de Aceituno, Canillas de Albaida, Salares, Arenas, and Alhama de Granada and is one of the 31 villages in the Axarquía that form the Ruta Mudéjar and as mentioned above, the village is filled with examples of Mudéjar architecture and in cases where new houses have been built you can often see how the original Mudéjar design has influenced the design.

Like many Axarquía villages Sedella suffered the earthquake of 1884 but luckily for the inhabitants only the buildings were damaged and there was no loss of life.

Rustic Finca for sale in Rubite

Great value for money! reduced to sell, 2 houses situated next to each other