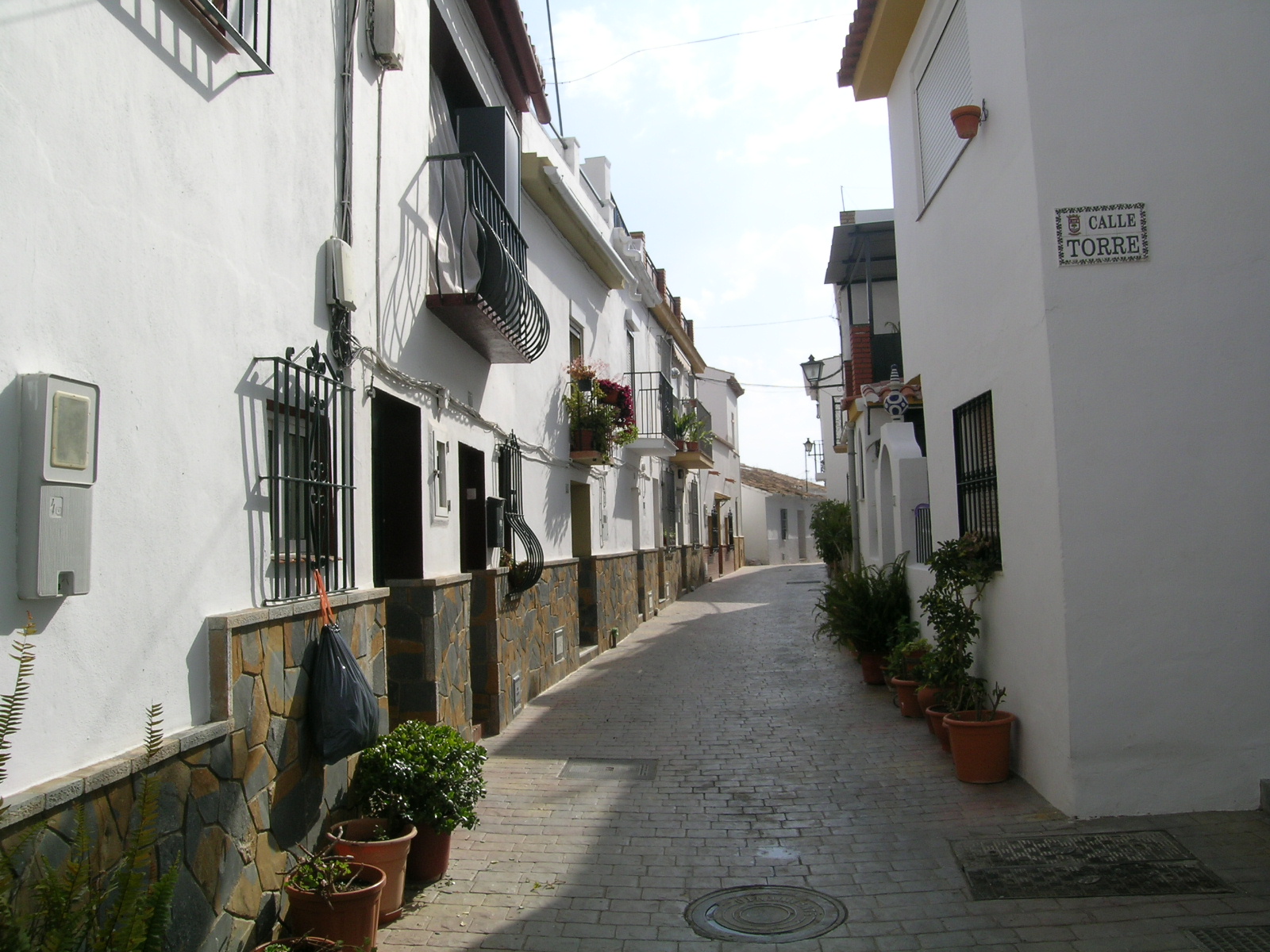 Between the Axarquía and the Montes of Málaga is the small village of Totalán, part of the scenic Route of the Raisin, 13 km inland from the coast at Rincón de la Victoria and 22 km from Málaga, it is approached from the motorway by coming off at the Centro Comercial Rincón de la Victoria and then turning right and driving inland, winding up along and above the dry river bed for about 300 m until you approach the village where the first thing you notice is the new Paseo de Salud, built by the town in 2009 to encourage its residents to take a healthy stroll. There are strategically placed benches where walkers can sit and take a break whilst admiring the views, smooth mountains full of almond and olive trees.

Totalán was apparently named for the Arab pastry Torta. Its most famous festival, the Chanfaina Fiesta held in November each year, celebrates a popular and ancient dish named Chanfaina, a kind of stew, made from potatoes, olive oil, offal, black pudding, sausages, breadcrumbs, garlic, cloves, vinegar, salt, pepper and cumin.

One of the first squares you find in the village itself is the Plaza de la Constitucion where the 17th century church of Santa Ana, built in 1505 complete with an Arab Arch dominates the skyline. You can also find a baker, a chemist, a bank and one of the entrances to the Town Hall. Totalán may be small but it has its claim to fame. Paco and María, the parents of the singer and actor Antonio Molina, were both born in the village and the main square, where you can easily park your car, is named after him, Plaza Antonio Molina. There is a plaque that says although he was born in Málaga he learned to sing in Totalán. As did the flamenco singer Enrique Castillo who was also born in the village.

When you leave the village, instead of driving back the way you came from the Centro Comercial, why not carry on, drive over the bridge and make your way back via the village of Olías where you can stop for a drink before descending down the steep and windy road that leads you back to Málaga. The views are spectacular.

3-storey townhouse in the centre of Totalán, recently renovated.