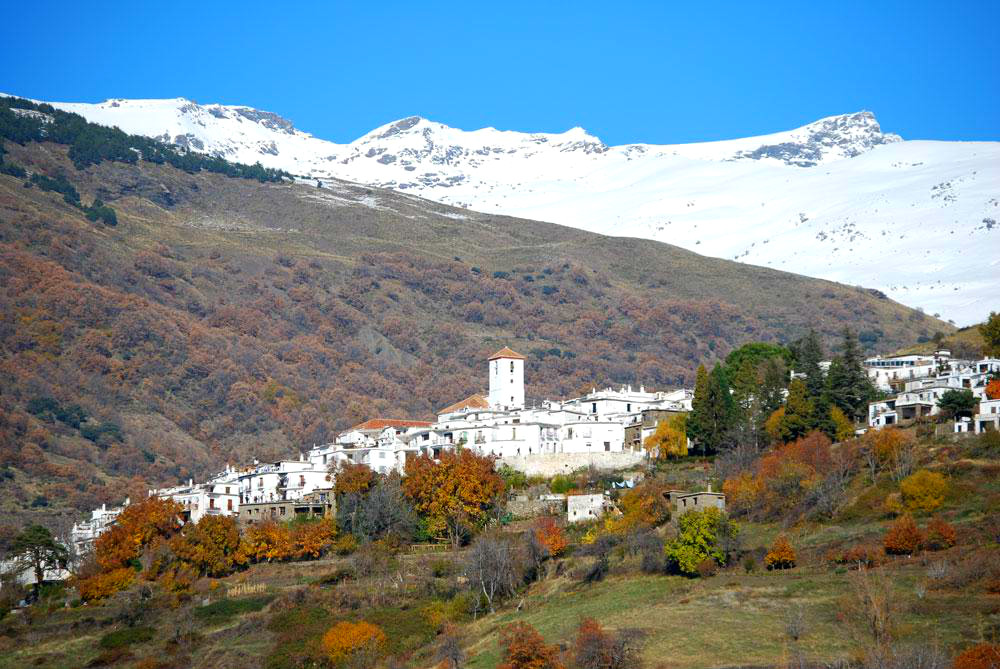 If you want to escape the tourist crowds, rural Andalucia offers stunning scenery, a slower pace of life and a chance to enjoy ´the real Spain´ within easy reach of Malaga Airport.

A world away from the ´Costas´, the province of Granada is home to the Alpujarras, made famous by Chris Stewart´s book: ´Driving over Lemons.´ The former Genesis drummer made Andalucia his home, along with his family in 1988, and his first book beautifully describes the villages, the countryside and the foothills around the Sierra Nevada mountain range.

The Alpujarras are famous for their distinct architecture of box-shaped houses with flat clay roofs and the unique irrigation aqueducts that are still in used by local farmers. Situated 50km from Granada city, the area attracts walkers and climbers.

You don´t have to venture far from the Costa del Sol to experience a completely different way of life in rural Spain. You only have to stroll through a small town or village in Granada between 2-6pm during summer, when the locals have retreated indoors to escape the searing heat of the afternoon sun. You will think you have wandered into a ghost town!

Many of the traditional properties have few windows and were built with the heat in mind. With walls up to four feet thick to keep the houses cool in summer, and no air conditioning or central heating, many of the older properties retain their original features.

Properties for sale in the Alpujarras include village houses, apartments and fincas with stunning views.

The Sierra Nevada Mountain Range is the most southerly ski resort in Europe, and welcomes winter sports fans from November to April each year. Mulhacén is the tallest mountain in continental Spain at 3,480 metres. As one of Europe's highest resorts, the Sierra Nevada is very snow-sure and typically has a long season.

Sierra Nevada literally means "Snowy Mountain Range", and it includes some of the highest peaks in Europe, not to mention the highest concentration of peaks over 3,000m in the country.

Also a great place to visit in summer for its stunning scenery. Properties for sale in Granada include apartments, townhouses and fincas.

Many of the white towns and villages of Granada allow you to step back in time and experience life at a much more tranquil pace than you will find in the busier tourist resorts on the coast.

Clinging to the top of a rocky pinnacle, Montefrio is a beautiful town in a stunning location.

The 15th century Iglesia de la Villa is set above the town, and is well worth the steep climb up to the history museum, which is situated inside the church.

The highest town in Spain, Trevelez is situated almost 1,500 metres above sea level and overlooks a fast flowing river and a deep mountain valley.

The spectacular scenery in Trevelez, which is part of the Sierra Nevada Nature Reserve seduces every visitor. The city centre is divided into three clearly distinct areas, and the lower quarter slopes down to the banks of the Trevelez River where spectacular scenery and trout-filled waters attract walkers, hikers and fishermen.

Properties for sale in the Alpujarras and the Axarquia are perfect for ex-pats who want to ‘get away from it all’ and discover the ‘real Spain.’