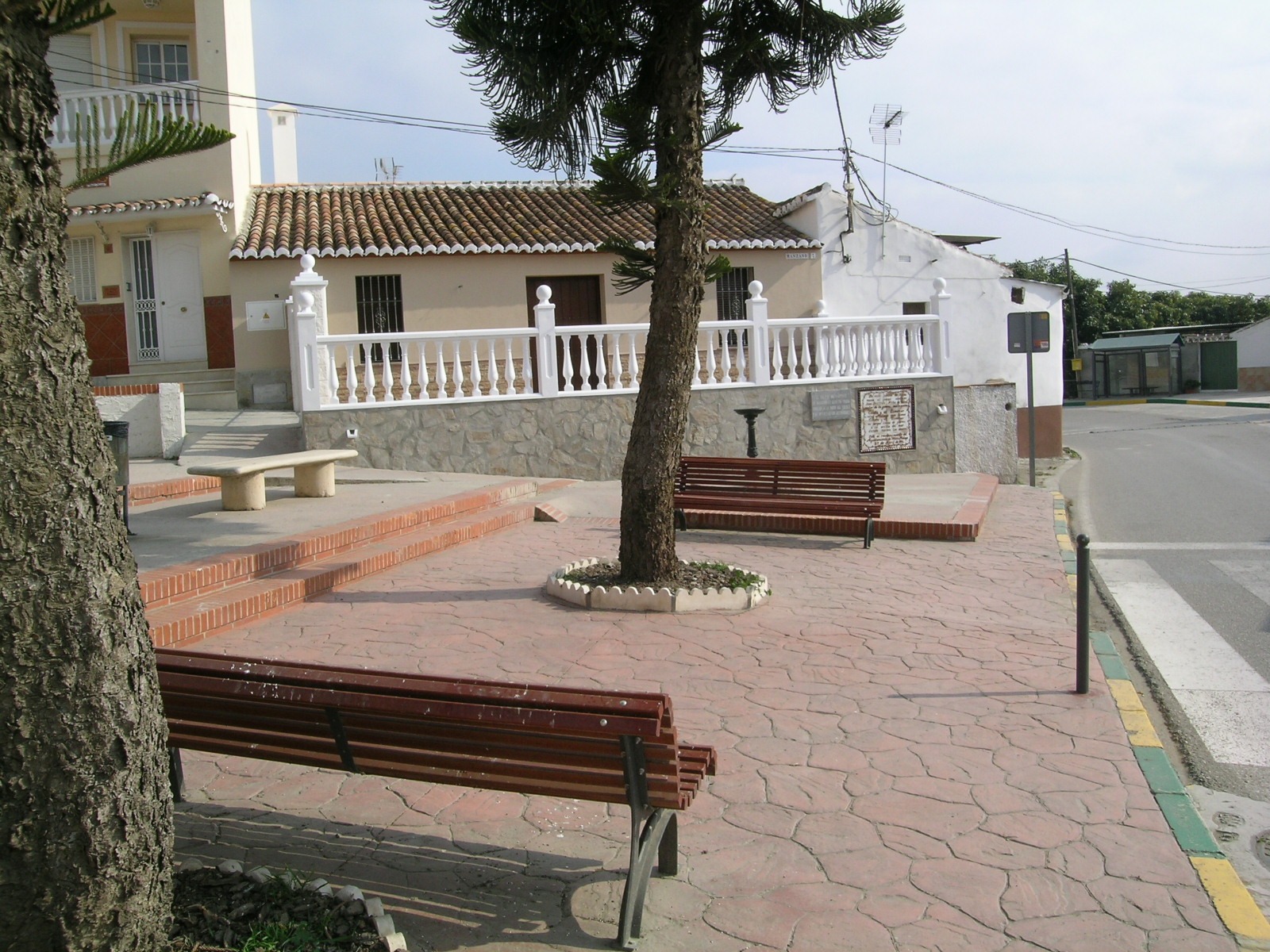 Turning left on the A-356 at El Cruce restaurant onto the MA-3113 and driving past the airport the next village is Triana at just 6.5 km from Vélez-Málaga. As villages go, this one is extremely flat which is unusual in the Axarquía. It is also quite a new village with the first houses being built in the late 19th century. At first, foreigners settled across the river in La Zorilla (which had once been inhabited by bandits and smugglers) but the river which in those days was often full of water meant that there was no way across and people were stranded for months on end. Also, up in the mountains in the areas known as La Dehesa and Las Chozas, there was once a school for the farmers' children but that closed and the people came down the mountain to find work and build houses and a new school.

Citrus fruit was planted close to the river in the valley and the area took on a lush, verdant look. Now the farmers have changed their crops to the more lucrative mango and avocado so instead of driving over lemons as you twist and wind your way along the road from Trapiche to Benamargosa, you actually find yourself driving over avocados as they fall into the road. For leisure, a new swimming pool and children's playground has been built and the school gates are left open after school hours for the kids to play football or roller skate. There are a few bars that serve food, a supermarket and a few small shops. There is a plaque on the wall of a house in honour of the singer José Beltrán Ortega, Niño de Vélez for the world of flamenco, who was born in Triana on 9th April 1906. The annual Romeria takes place in June and the Triana's main festival is every July. Just outside the village is a small riding school where you can ride out along the dry river bed to one of the many bars, tie up the horses and have a drink and tapas or for the more adventurous ride up into the mountains where the views are spectacular.

Cozy 1 bedroom townhouse, recetly reformed in the village of Triana.