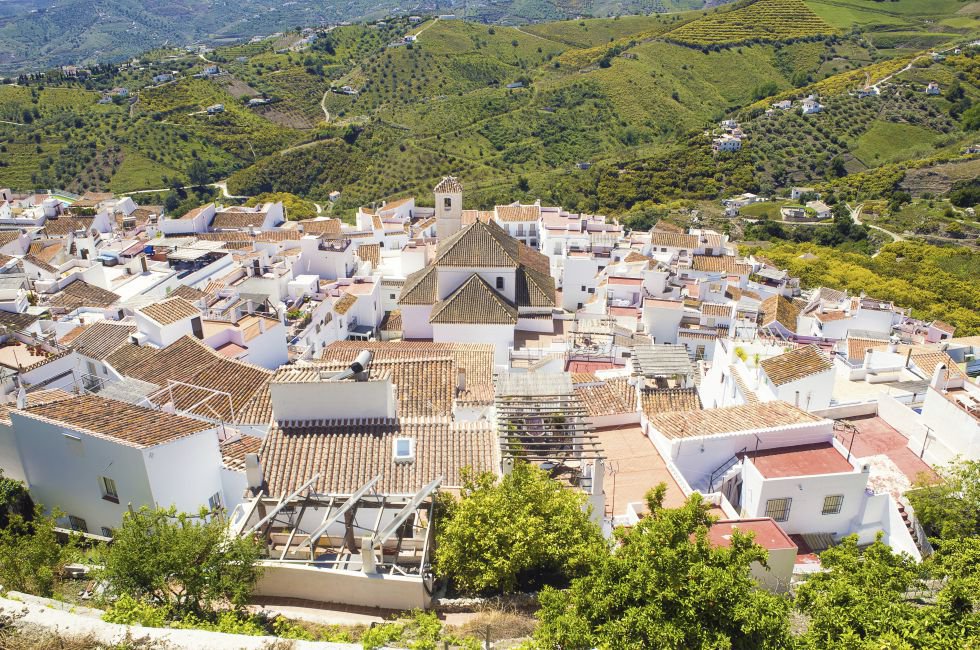 Known as the ‘Oasis of the Axarquia’ La Vinuela dates back to the 18th century.

The remains found in the bed of the river Guaro are probably the most remarkable of all those found and contain objects like small sun-dried brick refuges and some bronze melting ovens from the Neolithic Period, up to the Roman Era and passing through the Bronze Age.

Today, Axarquia properties for sale are popular with ex-pats and locals who want to be within easy reach of the Malaga beaches, while enjoying the countryside.

Olive crushing mills and jugs for olive oil transportation have also been found. Today the area depends on agriculture for its local economy just as their forefathers did. Tourism also boosts the local coffers.

The reservoir that collects the waters of the River Guaro was one of the most important constructions in the town’s modern history.

A stroll through the town reveals a main avenue that arose out of the old road that was known as the Camino Real (Royal Highway) which on one part is called Velez Malaga and the other, Granada. The original town “venta” was on the first leg of this Camino Real and is still open and has been renovated and refurbished.Properties for sale in the Axarquia provide perfect rental properties and ideal permanent residences.

La Vinuela, as its name suggests, still lives off the produce of the vineyards and the olive crops - most of which has been passed through the mill named Los Romanes. During the past 20 years tourism and the construction industry have gained importance as part of the local economic activity.

One of the most authentic of Andalusian cities, Antequera, offers stunning architecture and is perched on the top of a valley between Cordoba, Malaga, Seville and Granada. Visitor attractions include the incredible limestone rock formations at El Torcal and the amazing Fuente de La Piedra, one of the last nesting places in Europe for the greater flamingo. The bullring at Antequera dates back to 1848 and was rebuilt in 1984. Take your time to explore this beautiful city. If you plan to drive around inland Andalusia, take a trip to Álora, Alozaina, Almogia, Colmenar, Carratraca, Jubrique and Cuevas de San Marcos.

Explore Velez-Malaga and the nearby villages. Take a trip to Cartajima, Cuevas Bajas, Villanueva de Tapia, Villanueva del Rosario and Campillos from VelezMalaga. Known locally as Velez, the town is 1km inland from Torre del Mar, and 26km east of Malaga airport. You can hire a car and explore the beautiful scenic areas of the Axarquia. With a population of approximately 80,000, VelezMalaga is not overdeveloped and is one of the most beautiful parts of southern Spain.

Properties for sale in the Axarquia

Properties for sale in the Axarquia include townhouses, old villages houses, villas, apartments and fincas – popular with ex-pats who want to experience the ‘real Spain.